No, lavender does not repel snakes. If anything, this is just a myth. A scientific study concluded that snakes have varying responses with lavender oil, none of which were fatal or repellent.

Snakes reacted either violently to the person spraying lavender oil, or they did not care. There is no scientific evidence proving that lavender possesses chemicals to immobilize or repel snakes.

What You Will Learn show
What are the Effects of Lavender Plants?
Why do People think Lavender Repels Snakes?
Does Lavender Attract Snakes?
Does Concentrated Lavender Oil work as a Snake Repellant?
Conclusion

Disclaimer: FaunaFacts does not encourage or condone the use of unregulated or home remedy animal repellents. Animal repellents must be used in accordance with the product labels and local regulations. Placing pesticides and chemicals around your property may be dangerous and can contravene local laws. Do not approach wild animals. Consult a pest control professional for advice on what’s best for your situation.

What are the Effects of Lavender Plants?

Lavender is an herb that has culinary and medicinal uses. It is of Mediterranean origin, and one can characterize it by its purple color. 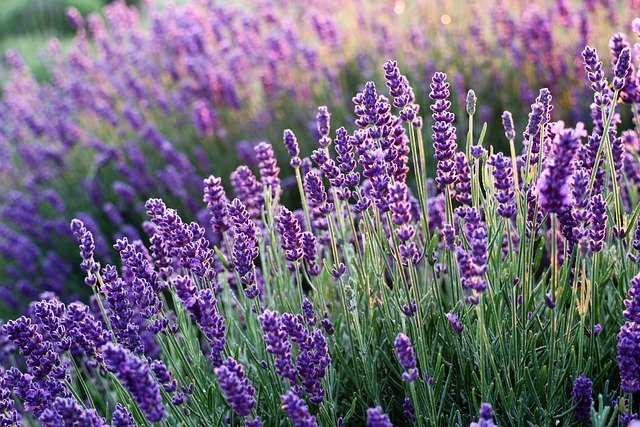 Image by Mouse23 from Pixabay

Lavender has made its way to popular culture as a “miracle” plant because ancient civilizations used it as a medicine. The name itself comes from the Latin word “lavare,” which means “to wash.” In ancient Egypt, the lavender plant was a crucial ingredient in the mummification process.

Later on, several regions in Persia, Rome, and Greece added lavender in their bath. They believed that it has healing properties for the body and mind.

Are these cures just myths? Not all of them are myths. Several studies are proving that the lavender flower has medicinal properties. For one, a study showed that lavender oil is effective in fighting infections that resist antifungal treatment.

Another study proves that the use of lavender oil resulted in a faster rate of healing. There is also an increase in the expression of collagen, and that proteins have enhanced activities. All of these contribute to the healing process, and they had a faster rate of activities in people who used lavender oil.

People believe that lavender repels snakes because of its strong odor. Snakes have a powerful sense of smell. They have poor eyesight and hearing, but what they lack in both, they make up with smell.

While snakes have noses, they also smell with their tongue. So if the snake likes what its nose smells, it flicks its tongue to investigate further.

Many animals have a distaste for strong smells. For instance, dogs do not like the smell of things like nail polish remover. The problem is that people tend to transfer one effective principle with another, even if there is no proof to it.

There is no scientific evidence backing lavender as a repellant. If at all, studies concluded that only some select plants have a negative effect on snakes.

For example, some snakes that were sprayed with cinnamon oil died within 25 hours of the experiment. The snakes died of respiratory hemorrhaging. However, there is no conclusive evidence that lavender has the same effect.

In the wild, snakes thrive in bushy areas. They like places that hide them. Snakes flick their tongue to smell, and they hide in plants to ambush prey.

There are also snakes that live in trees, and this goes to show that snakes are not at all afraid or repelled by plants.

In general, lavender as snake repellant is a myth. Companies that sell oils and so-called snake repellants perpetuate this myth in the hopes of making more sales.

No one knows if lavender attracts snakes, as there is no scientific study that has proven this. While pundits claim that snakes dislike the smell of lavender, there are those who claim otherwise.

Some people say that snakes love lavender. Their reasoning is not false, but there is a much-needed scientific study to back this up.

There are lavender fields where humans found snakes. For example, tourists in Florence often receive warnings from their guides to watch out for vipers in lavender fields.

Vipers nest in lavender fields. What this means is that the lavender does not repel them. However, it is not enough proof that it attracts them. Vipers live in different habitats around the world. They live in mountains, rainforests, fields, and deserts.

If at all, snakes are masters of adaptation. They live where preys live. They adapt to their environment and learn to use it to their advantage. As such, no one can tell whether or not they have preferred areas, such as lavender fields.

Does Concentrated Lavender Oil work as a Snake Repellant?

No, concentrated lavender oil does not work as a repellant. Experiments show that for many concentrated oils from different plants, the snakes showed signs of aggression and docility.

The oil, even in its purest form, did not kill the snake, nor did it make the snake try to go away. Some snakes attacked the sprayer, and some did not bother. All snakes, however, showed quiet behavior after a few moments of getting sprayed.

Since the snakes got docile after their contact with lavender oil, it is possible that the snakes get the same calming effect that humans do. This effect, however, is in contrast to what many “snake repellant experts” say.

If snakes are calm after getting in contact with lavender, then no one can consider lavender a repellant. There is a big probability that it can reduce aggression. If there is one thing certain experiment, snakes are not afraid of lavender.

There is no guaranteed plant that will repel snakes except cinnamon. And yet, the cinnamon has to be sprayed to snakes in oil form to cause internal hemorrhage.

Snakes, however, are repelled by other animals. In Africa, farmers claim that some types of ants deter snakes and bats from wandering. Humans are also deterrents to snakes. In fact, snakes are more afraid of humans than humans are afraid of them.

All Articles in our Snake Repellant Series:

Snakes are not afraid of lavender plants. There is no scientific evidence proving that snakes “suffer” from their smell. Snakes thrive in areas where they can remain hidden, ready to ambush unsuspecting prey.

Lavender as a snake repellent is a myth perpetuated by misleading belief systems and companies that manufacture lavender-based products.