Spider plants neither attract spiders nor will they keep them away. These plants are named in such a way because they consist of spider-like structures that are elongated, giving them the look of a spider web.

Even though some spiders might create webs between the plant’s leaves, it is not meant to attract spiders or keep them away. Instead, the plant got its name because its structure resembles a spider and its web, with its spiderlings crawling inside the web around the spider.

What is a Spider Plant? 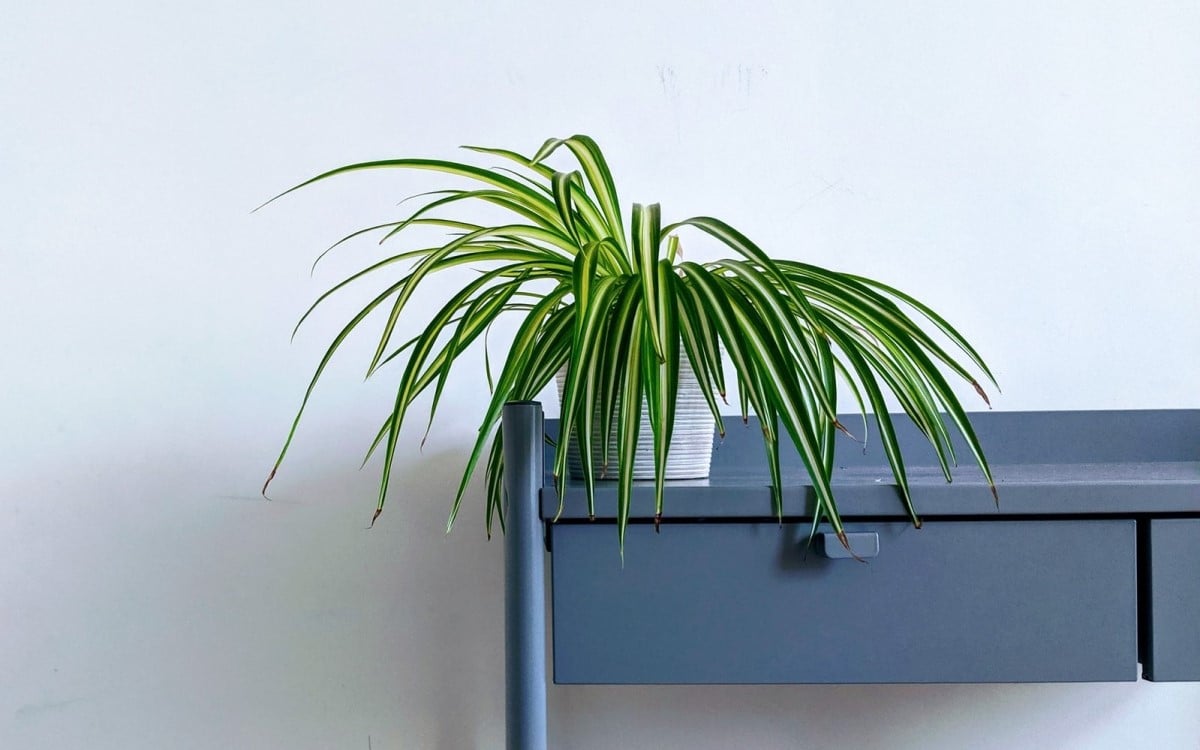 A spider plant is one of the most popular house plants that many people own. That’s because it’s so easy to grow and maintain, but also because it looks quite nice, and it is meant to filter the air inside your home effectively.

But because of its wiry appearance, many people call this plant a spider plant, while others choose to call it the airplane plant. But the name of this plant has more to do with its appearance rather than its function.

A spider plant is often kept as a decorative plant in many homes, but it also has the ability to replace poor-quality air and filter it with its leaves. This plant is particularly well-known for having the capacity to remove formaldehyde, carbon monoxide, and other toxins that are commonly found in homes.

In addition to its filtering capability, it also looks nice. It has long, wiry leaves that extend to up to a foot long, and sometimes they’re even longer. This makes them suitable to be placed on shelves, closets, and other areas that are higher above the ground, which lets the leaves spread to the floor.

A spider plant is a hugely popular plant that many owners have because of its beautiful appearance, while others prefer its filtering capabilities.

Related: Are Spiders found in Bananas?

Does a Spider Plant Attract Spiders?

Just because this plant is named a spider plant, it will not attract spiders to itself, contrary to popular belief.

Spider plants have gotten their name because of their appearance and their long leaves, which might resemble the appearance of a spider web. Some will also compare it to the mother spider and its spiderlings around her, which is what leads many people to call this plant a spider plant.

But over the years, there have been many rumors and many people believe that this plant will attract spiders to your home.

We can say with certainty that this is simply not true.

Spider plants do not attract spiders to your home, or themselves. However, there may be some spiders that still occupy this plant and create webs on the plant, especially if you don’t tend to clean the plant very often.

So even though some spiders will create webs inside a spider plant, this is not because the plant would attract spiders to itself, but because spiders like peaceful areas where they can do their stuff, and this plant allows them to do so.

Does a Spider Plant Keep Spiders Away?

No, a spider plant will not keep a spider away.

This plant has no such ability to keep spiders or any other creature away. Unless you spray the plant with another solution that keeps spiders away, it is highly improbable that this plant can keep spiders away on its own.

Which Plants Keep Spiders Away?

If you’re looking for a plant that will keep spiders away from your home, then these might be your options.

They got their name because of their spider-like appearance, which leads many people to believe that this plant actually keeps spiders away or attracts them because of its name.

Photo by Lucian Alexe on Unsplash

I am the founder and owner of Fauna Facts. My mission is to write valuable and entertaining information about animals and pets for my audience. I hope you enjoy the site!